This sleek 18th century flintlock longrifle, is signed in script "G. Shroyer". It appears to date from the last decade of the 18th century, perhaps as early as 1784 or 1785.  The original finish is well patinaed and the handsome Germanic style lock is in original flint condition. The 46-inch octagon barrel is .42 caliber. The rifle is 61 - 3/4 inches overall.

George Shroyer/Schreyer Sr. lived and worked for the most part in Hanover, York County, Pennsylvania. There is much known about him as compared to other early American gunsmiths. In 1990 noted author Dr. George Shumway, released his monograph, “George Schreyer, Sr & Jr, - Gunmakers of Hanover, York County, Pennsylvania”, a publication that was made possible by a special display of rifles by Schreyer at the 1987 meeting of the Kentucky Rifle Association. Shumway pointed out that there are always "surprises" imbedded in Schreyer/Shroyer rifles. This one is no exception. An obvious stray from his norm is the lack of the typical fleur-de-lis carving at the tang so common in his work. The scalloped carving around the barrel tang and the elongated beavertail shaped carving at the rear entry pipe with roped engrailing detail is unique to say the least. The patch box of this rifle is well done and pleasing, yet the design is not akin to anything I can find by his hand or any other. The carving, engraving, and design of the patchbox all pleasantly flow and carry a common theme. Though not specifically a surprise, the vast majority of his rifles have a single trigger, yet this one is double “tricked”. The art on this rifle is uniquely designed and well executed making it is an exceptional example of the work of George Shroyer.

This rifle is near mint. It is extremely rare to find a rifle of this period in such un-touched and pristine condition. Using the excited words of the now decease Gary Brumfield when he first saw it, “it’s in amazing condition ! The background of the relief carving still shows the individual chisel cuts. Original flint and it has not been fired or carried a lot. . . .”


It is obvious this rifle has been treasured and well care for. It still retains its original rear sight shader, which leads me to believe that the rifle has been used for match shooting. I would not be afraid to shoot it today! It's just in that good of shape. 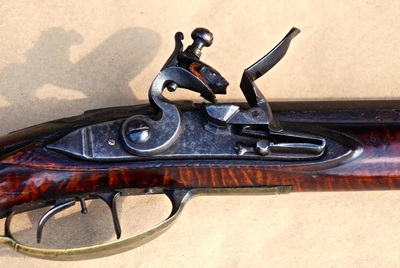 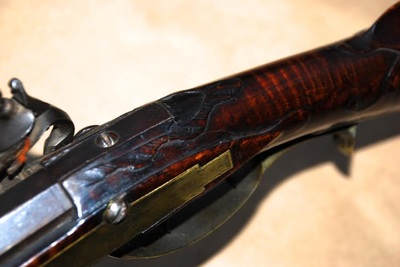 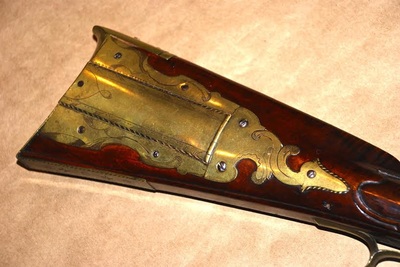 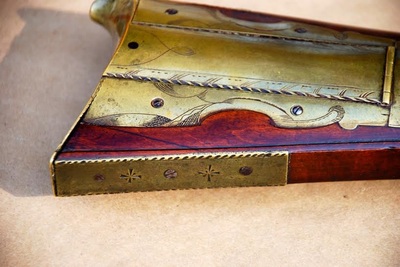 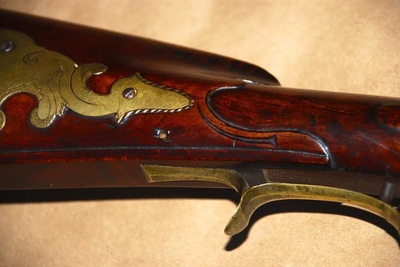 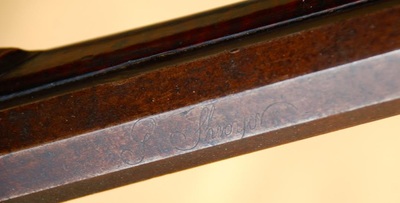 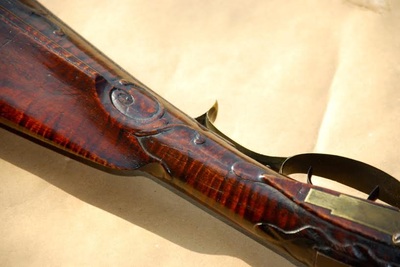 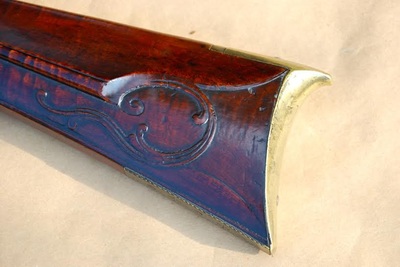 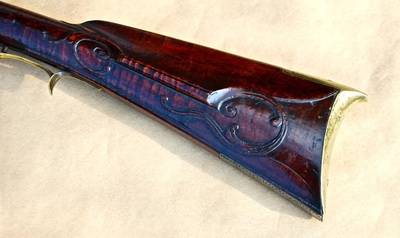 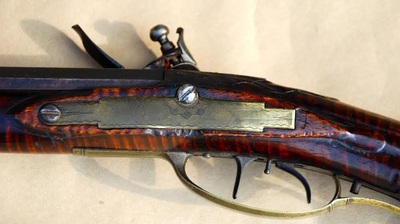 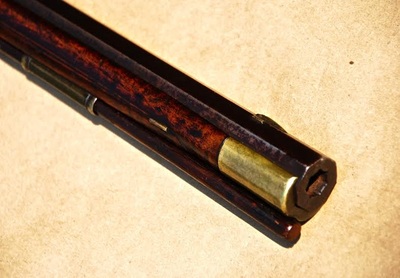